Local Volunteers Improving Our Community One Child at a Time 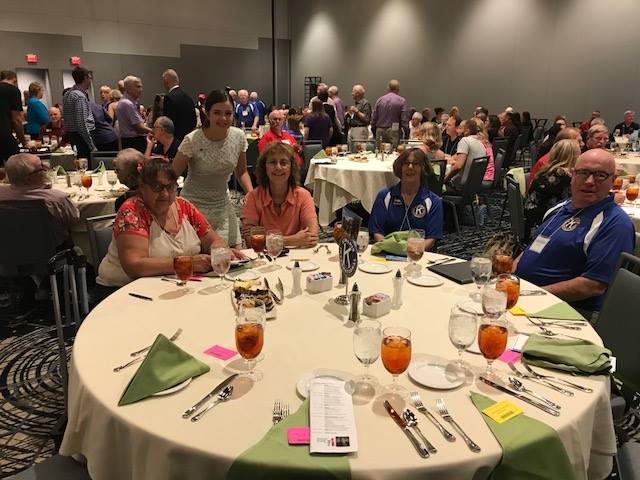 Kiwanis is a global organization of volunteers dedicated to improving the world one child and one community at a time.

Kiwanis was founded in Detroit, Michigan, on January 21, 1915, as "The Benevolent Order of Brothers." Its purpose was the mutual exchange of preferred treatment in professional and business dealings. Within a year, the name had been changed to "Kiwanis," taken from an Indian term "Nun Keewanis," which roughly translates as "Self Expression". The purpose of the organization became community service, a purpose from which Kiwanis has never deviated.

In 1916, Kiwanis entered Canada, becoming international. In 1961, the first Kiwanis club in Europe was established in Vienna. International extension has continued and today Kiwanis serves needs in over 90 countries around the world with over 200,000 members. Our youth oriented Service Leadership Programs have over 350,000 members. They include AKTION CLUBS, CKI, Key Clubs, Key Leader, Builders Clubs and K-Kids.

A Kiwanian is an individual of good character who adheres to the standards of good conduct in a community and believes in and subscribes to the six Objects of Kiwanis International: